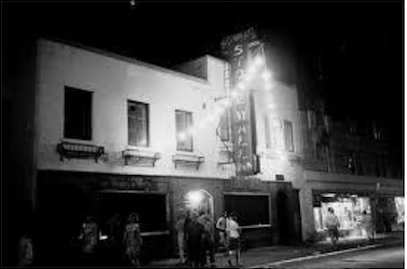 The following sources work to build a narrative of the events surrounding the stonewall riots, examining the bar itself, the night of the riots, and the cultural environment that boiled over that night. Find information on bar culture and the years of oppression that came to a head that night.

Why the gay rights movement was born in one.

Vice - How the Mafia Once Controlled the New York Gay Scene

A brief overview of Phillip Crawford Jr.'s book "The Mafia and the Gays" which traces the history of the time when the mob had a near-monopoly on NYC's gay bars.

NYT - The Night the Stonewall Inn Became A Proud Shrine

Hours before it was to become a flash point in the modern gay rights movement and a landmark visited with awe and reverence half a century later as if a shrine, it was just a dark, dingy bar called the Stonewall Inn, just another Friday night in June.

The Conversation - How the New York Media Covered the Stonewall Riots

“In the days after the Stonewall riots, depending on which paper you read, you would have been exposed to a vastly different version of events. The major dailies gave a megaphone to the police, while alternative outlets embedded themselves among the protesters.”

Find recommended reading lists, podcast episode, links to amazing archival photographs of the event and era by Kay Tobin Lahusen and Diana Davies and much more.

Initial Press Coverage of the Riots:

Documentary on the road leading up to Stonewall, the riot, and the aftermath from the voices of those who were there.

A curated playlist of various documentaries pertaining to the riots, what led to them, their legacy, and who was there.

Hear many oral histories from those who were there.